A Prologue by John Williams to “THE GUITAR: A Guide for Students and Teachers” 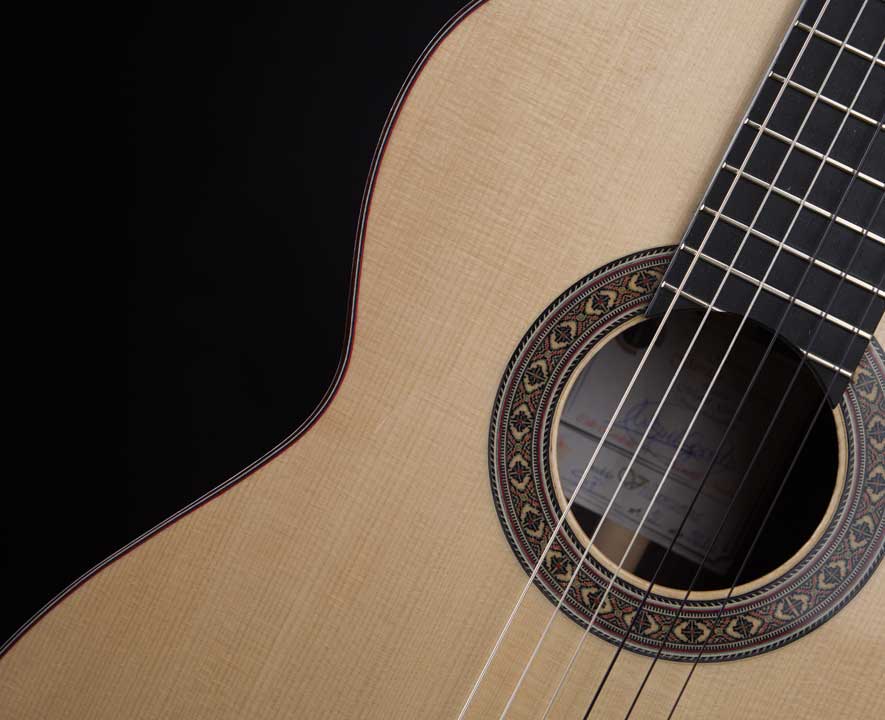 Let’s write in full the “prologue” that this guitarist and composer made for a magnificent book titled: “THE GUITAR: A guide for students and teachers.” “The Guitar has always been a popular instrument, but it had never been more relevant until well into the twentieth century. John Williams, in this prologue, gives us a glimpse of this musical object.

The main reason for this post is to highlight two central points. The first is using the prestige of someone indisputably famous to learn from his wise words and demonstrate that one can reach the instrument’s highest levels through hard work. The second is the subject John Williams prologues in this book. The learning.

Every guitar lover’s responsibility is to raise the respect and recognition this instrument deserves, whether you are a student, teacher, amateur, or professional musician.

I want to emphasize the responsibility that teachers have in the first approach of a person to the guitar world since the instrument’s difficulty makes the beginnings rather challenging for the apprentice guitarist.

Being a teacher is a method to spread knowledge to the world through another human being; to be a teacher is to get the best out of others while learning to be more human.

Finally, I highly recommend reading this book that gives us some fascinating guidelines to get into this, our world of the guitar. So, without further ado, here is the prologue in full. Enjoy it.

“Years ago, a respected English composer with traditional tendencies made me realize the magic of the guitar string sound when I heard a young man strum it on the platform of a station. How right he was and how ironic it is that this same observation highlights the guitar’s problem as a musical instrument; its sound has a fascinating extra-musical charm that can so easily disguise a mediocre composition!

In “old” times, from the sixteenth century to the early eighteenth century, the guitar and the vihuela had musical and technical styles more akin to the laud. Still, the six-string guitar of the early nineteenth century was a different instrument.

It evolved in the days of Boccherini and Paganini and, just as these composers exploited the cello and violin technique, so did Fernando Sor, Mauro Giuliani, and many others with the guitar.

However, they composed almost all their music for a single guitar because of its weak sound. Moreover, most executors/composers did not know how to write music for other instruments (at least not with the mastery of the great composers). Even Giuliani had to turn to Diabelli and Moscheles to write his music for string and piano.

The guitar would contribute little to the musical progress of the nineteenth century because the composers who did not know how to play it did not understand its tuning and its extravagant and challenging technique. They would also have found its feeble and characteristic sound unsuitable for the flowering romantic, nationalist, and impressionist expression.

Some eminent composers wrote important works (due, perhaps, to the freedom of a more eclectic epoch) under the inspiration and induction of famous performers into the present century. However, the guitar did not intervene in the evolution of “classical” music or the “classical European music” of the last five hundred years.

The lack of experience was why guitarists, performers, teachers, and students are considered inferior to most other instrumentalists when reading, listening, phrasing, and playing together. This isolation fostered an even greater concentration of challenging music for a single instrument, to the point that classical guitar seems to possess its own rules of rhythm and phrasing. The instrument acceptance by the prominent conservatories has made these problems even more evident to those who dedicate themselves to the guitar.

This situation is, however, good news! We have noticed the case, not only when we have the means to remedy it but when the guitar itself can help, and even guide, a radically new appreciation of European classical music concerning other musical cultures.
Jazz has often been considered the most prominent and influential example, but the same values ​​apply to many others.

The guitar has always been a popular instrument, and this is its main strength. It can serve as a bridge between popular and classical tradition and vice versa, but one must learn from both to do things right.

For all this, this book is essential for anyone committed and interested in the future of the guitar.

Whether you are a student or a teacher, beginner or advanced, amateur or professional, this read is a must.

Many chapters of this book are more subjective than others since it provides us with personal points of view. However, I especially enjoyed the chapters dealing with teaching in class, the arrangements of elementary repertoire, and the classical guitar techniques. I think they give invaluable advice as no one else had. The conjunction and interdependence of all these factors in one book make it so unique. “John Williams.”

Subscribe to my newsletter
Join more than 1000 people and receive exclusive content about the world of the guitar, directly to your inbox

This website uses cookies to improve your experience while you navigate through the website. Out of these cookies, the cookies that are categorized as necessary are stored on your browser as they are essential for the working of basic functionalities of the website. We also use third-party cookies that help us analyze and understand how you use this website. These cookies will be stored in your browser only with your consent. You also have the option to opt-out of these cookies. But opting out of some of these cookies may have an effect on your browsing experience.
Necessary Always Enabled
Necessary cookies are absolutely essential for the website to function properly. This category only includes cookies that ensures basic functionalities and security features of the website. These cookies do not store any personal information.
Non-necessary
Any cookies that may not be particularly necessary for the website to function and is used specifically to collect user personal data via analytics, ads, other embedded contents are termed as non-necessary cookies. It is mandatory to procure user consent prior to running these cookies on your website.
SAVE & ACCEPT
Open chat
1
Do you need help?
Hello, how can we help you?